Holidays as long as centuries

Ukrainians used to have quite a lot of enchanting feasts, several for each season that could be traced to nation’s earliest times. Some of them have preserved till to-date.

Walking down the street short before the new year day you will suddenly meet a strangely colorful procession headed by a man disguised a woman called Malanka. Her ‘suite’ is quite a carnival looking Bear, Goat, Lord, Gipsy, Philosopher, Soldier and a very scary Death. All characters would go fooling around, singing carols, making jokes, but in a whole wishing good luck to everyone… Among the winter festivities Malanka stands out as the most unusual. Union with Nature and other people, hard work, love, marriage and faithfulness – all these features reflected in full in a colorful carnival which everyone is invited to join. And you must be lucky to have met them. As legend says meeting Malanka or having it at home brings good prospects for the coming year.

Even luckier you are if you happen to visit Ukraine in the year’s longest days of July. On summer solstice as long as centuries holiday of Ivana Kupala is being celebrated both in capital Kyiv, and in almost any other Ukrainian locality. It coincides with festivities held in some European countries known in France as Saint-Jaques, in Italy – San-Jovanni, in Spain – San-Khuan. Common to all the variations of this festival are its symbols and that it dates back to pre-Christian times. But here some peculiarities will cause you to get absorbed in a special, distinctive and enchanting spectacle. Because Ivana Kupala night in Ukraine is the night of the year’s greatest miracles. Enjoy yourself the whole night through till dawn on the banks of rivers or lakes with huge night fires, merry round dances and folk melodies. It is believed that on this night the gates concealing the past and future open so that spirits dance round the bonfire. Try to jump over the bonfire. They say it helps improving both health and finance. Watch young girls seeking their fortune by placing flower garlands with flickering candles on water surface. Or, maybe, try to do it yourself. Join others in their search of fern blossom, which blooms only on that night. They say it makes the finder happy. And let this night of pagan magic compel you to forget the temptations of civilization. 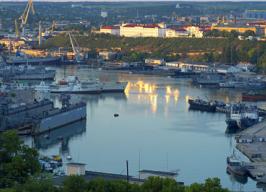