It is quite possible that during introductory campaign of 2013 entrants will put in statements in higher educational institutions only in electronic form. It was declared by the Minister of Education of Ukraine Dmitry Tabachnik. Let's remind that during introductory campaign of 2012 by electronic system for submission of statements in HIGHER EDUCATION INSTITUTIONS more than 67 thousand entrants from total of entrants – 620 thousand used.

The Minister of Education noted that the innovation in the form of electronic system of submission of statements was positively estimated both arriving, and their parents. Since 2013 action of this system will extend on higher educational institutions of all educational and qualifying levels. It means that distantly the entrants can submit to higher educational institutions, wishing to be trained according to the program of the younger expert, the expert and the master statements.

About that the system of electronic submission of documents caused interest, says also that fact that during introductory campaign of 2012 the record number of viewings of pages of the Ukrainian HIGHER EDUCATION INSTITUTIONS presented on information site of the Ministry of Education and Science, youth and sports of Ukraine in the heading "Competition" was registered. The number of viewings made about 81 400 thousand citizens from 113 countries of the world.

Practically all educational institutions of all levels of accreditation are already connected to system of electronic submission of statements. Those HIGHER EDUCATION INSTITUTIONS which still were not connected to system, will have certain problems – they will not receive student ID cards.

Thus the deputy director of Department of the higher education of MON of Ukraine Nikolay Fomenko noted that in order that as much as possible entrants used electronic system of submission of documents, it is necessary to dissolve in terms submission of documents on the younger expert, the bachelor, the expert and the master. Such specification is caused by that in 2012 the site of electronic giving several times stopped work because of a huge number of visitors.

In turn developers of system made every effort, that it is high-grade worked. Therefore since July 1st all wishing can submit demands and participate in competition. The registered users also will have possibility to watch the place in the rating list, having got access to "private office".

Registration in electronic system does not provide that the entrant provided personal information. It only needs to enter number and a series of the certificate about secondary education, number of the certificate and VNO PIN code. If all three parameters are correctly entered and will coincide, the entrant can make active "private office" which already contains necessary for receipt in HIGHER EDUCATION INSTITUTION data. Within days the arriving will receive confirmation, whether he takes part in competitive selection for receipt. In total entrant can submit the application no more than to five HIGHER EDUCATION INSTITUTIONS and on three directions in each of them. 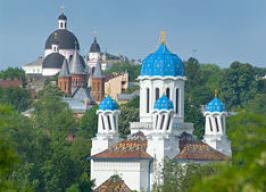