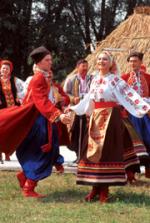 A prominent Ukrainian politician Viacheslav Chornovil once said, that Ukrainians could boast (or maybe grieve) almost the same dispersion all over the world as the biblical Jewish nation. The Ukrainian diaspora indeed stretches the globe. According to the statistic, over 16 million Ukrainians reside in 55 countries. The biggest Ukrainian communities are in Russia - over 8 million, in the USA - over 1 million, Canada - some 800 thousand, Poland and Rumania - some 500 thousand, Argentina - 150 thousand people.

Locations unknown as Ukrainian enclaves, albeit small, such as Zurich, Tokyo, Beijing, have recently sprouted. Actually, there are two Ukraines in the world. The first one is an Eastern European state with the multimillion population. The second one is a dispersed Diaspora. A powerful wave of Ukrainian immigration predominantly in the US and Canada took place in the end of 1980s, to crown all of the Gorbachov's “perestroika”. But history remembers three earlier mass migration waves of Ukrainian population. The first one, from the end of 19-th century till the First World War, due to the economic hardships, the second one, during the soviet regime, to escape the political persecutions, and the third wave - after the World War II. Unfortunately, with the re-establishment of Ukraine's independence in 1991, still remains a tendency to mass migrations of Ukrainian citizens abroad. Some find their second home in another country. Some seek just a temporary job. The vices of the transition economy still die hard: a few people can realize their huge professional potential and the labor costs are quite low. Especially what the IT-specialists are concerned. Ukrainian programmers are overwhelmingly popular among both Western European, and US employers. Their qualification does not need to be proved. Ukrainian programmer it's a worldwide brand. Meanwhile, the internal ethnic structure of the Ukrainian nation has been seriously affected by the immigration from various countries. First of all, when Ukraine was a part of the Soviet Union, millions of “soviet” people were blown to Ukraine's territory by the organized and spontaneous migration flows. Among them, alongside Russians, were representatives of dozens scanty non-indigenous nations. Crimean Tatars represent a large Asian community in Ukraine.  They were deported from the territory of the Crimean Peninsula during the Stalin rule, and now return to their historic homeland. Poles, Rumanians, Hungarians, Bulgarians, Greeks have a large share in the population of Ukraine's Western and Southern border territories. To date, some 150-200 non-indigenous nations have at least one representative in Ukraine. 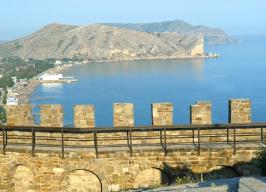