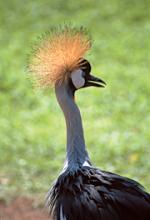 The Askania-Nova Nature Preserve, in Kherson region in the south of Ukraine, is a unique place in Europe, where one can find a pristine feather-grass steppe. This amazing silvery grass is among the rarest of plants. However, it is not only the feather-grass that makes Askania famous. The preserve was established in the late 19-th century by Friedrich von Falz-Fein, a pioneer conservationist, on the territory of his estate. It was one of the world’s first attempts to preserve and protect the wild steppe.

At first, the aim was to preserve the wild animals, and later, to create a dendrological and zoological park. Prominent Ukrainian scientists began research on the acclimatization of animals and plants, meteorology, etc. As of today, the preserve occupies 11,000 hectares of steppe.
A trip to Askania-Nova in the warm season will make an unforgettable impression. Starting from early April, the steppe turns into a solid carpet of flowers: tulips, fleur-de-lises, hyacinths, buttercups, carnations and chamomiles. In the summer, the silvery waves of feather-grass look very much like a sea.
The fauna of the Askania-Nova Nature Preserve is represented by both the typical steppe species and rare animals from far-off countries. The fauna collection of the preserve consists of 5,000 units of 110 species of wild animals and birds from America and Africa, Asia and Europe. Most of them have been brought from the steppes, savannahs and prairies. In the feather-grass steppe, the bison, wisent, zebra, antelope, deer, saiga antelope and many other animals coexist peacefully. Still, the favorite animal and the pride of Askania-Nova is the Przewalski’s Horse – the only wild horse species which has not been annihilated by Man. In the preserve, there are about 100 of the 1,300 horses which have survived throughout the world. Ukraine is considered the second motherland of this rare Asian wild animal. The preserve is often called the “kingdom of birds” whose inhabitants are heavenly-beautiful swans, pheasants, ostriches, cranes, peacocks and steppe eagles.
Here, travellers are offered trips on foot or horseback, as well as a photo safari, so they can take a part of this “kingdom” home. 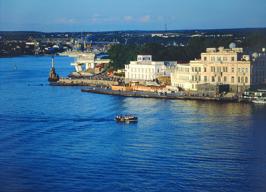