Like many other sports, due consideration is given to Ukrainian basketball.

Since 1991, when Ukraine gained its independence, the country holds basketball tournaments under the State Super League.

And though Ukrainian teams are not considered as most powerful ones in the world, basketball is developing actively in all its aspects, presenting pleasure to fans and giving a great example of a healthy way of life to younger generation.

"Budivelnyk", Kiev is considered the most titled one among Ukrainian teams. It is the first champion of the independent Ukraine, which held the champion title for six times in a row.

It should be noted that the Ukrainian Basketball teams are open to foreign competitors. Thus, there are a lot of legionnaires from around the world having a significant place in the first team.

Foreign players proudly defend the interests of Ukrainian clubs within the National League as well as in international basketball competitions. 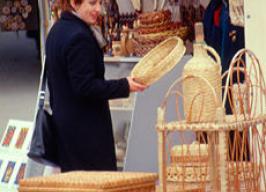