BECOMING AN ECONOMIST OR A MANAGER IN UKRAINE!

Specialists who know how to manage financial risks, lead a business out of a crisis, and foresee changes in the market situation are in demand in every country and every company. In the modern world, the profession of economist is among those in greatest demand. Large corporations and international companies, factories, mills, retail chains, governmental establishments, television channels, and world-famous fashion houses need professional economists. These professionals keep their fingers on the pulse of life. No business agreement that is more or less significant is possible without them.

The economist is for business what the doctor is for any person – you can live without him but your life in this case will be much shorter and full of sufferings. Experts say a professional economist will never be unemployed. There are many universities and academies in Ukraine offering an economic education to foreign citizens.

A higher education is regarded as a guarantee of success and a good career in Ukraine. That’s why so much significance is attached to it in this country. The government of Ukraine has traditionally spent more budget funds on education than, for example, the countries of North America or Europe. The results of such investments are evident, as graduates and even students of Ukrainian institutions of higher learning have a level of knowledge to be proud of. For instance, it was a Ukrainian team that won first place in the world championship in strategic management in 2010. And that success was not the only one for Ukrainian economics students.

In the Global Management Challenge International 2009/2010, an international championship in strategic management, the Ukrainian team from Lviv won first place, competing with 30,000 contestants from 32 countries. The Ukrainian students left behind fourty teams, despite the fact that the competing teams included mostly staff members of strategic departments of large business companies rather than students. Naturally, the HR departments of leading financial institutions are interested in offering jobs to these Ukrainian students. As a result, thanks to the victory of the Ukrainian team, S.T.O.R.M., the international organizing committee of the championship proposed that the finals of the Global Management Challenge International 2012 be held in Ukraine.

Economic education in Ukraine has always been distinguished for the profound study of fundamental and special subjects. As the economic system in the country changed and enterprises of different ownership forms began to appear, social needs underwent changes, primarily including the social requirements for professional economists. The market economy set its own requirements for young specialists. Ukrainian educational institutions reacted promptly. Universities and academies intensively revised their curricula, introduced new qualifications, and borrowed the experience of leading European and North American universities. Now the curricula as well as fundamental and special subjects include an extended innovation and practice package that ensures the comprehensive study of economic laws.

Currently, serious business universities already understand what kind of education economics students of today really need. Leading universities have already established their own nationwide association to promote the development of management and business education. These educational institutions think in free-market terms and closely cooperate with companies operating in this area, inviting Western managers to take part in the academic process. These efforts result in two benefits: a direct contract between students and their prospective employers and the market effectiveness of university studies. In addition, universities seek to establish partnership relations with and gain recognition from foreign business universities.

The system of economic education in Ukraine is continuously improving and developing. For the past five years, the CEUME consortium, which engages in improving management education in Ukraine under the guidance of the University of Minnesota, has gathered an array of state and private universities around the idea of quality business education. Thanks to their support, continuous exchanges of so-called “schools of experience” are currently established during which leading lecturers and teachers exchange experience with their Western fellows and see how Western business schools operate.

Generally speaking, the traditions of economic education in Ukraine are rooted in time. In the 19-20th centuries, many world-famous Ukrainian scholars, such as Mykhailo Tuhan-Baranovsky, Yevhen Slutsky, and Volodymyr Tymoshenko studied various areas of economics. They were among those who built the Soviet system of economic education, which lasted until 1991 for Ukrainian institutions of higher learning. Ivan Vernadsky (1821–1884) was born and worked in Ukraine. He studied at the Faculty of Philosophy at Kyiv University (currently known as the Taras Shevchenko National University of Kyiv), then improved his knowledge and skills in the areas of political economy, statistics, and other sciences for three years in Europe. At that time, Vernadsky identified his interests as an economist, preferring practice to theory. In his writings, he pioneered the protection of women’s rights. Ivan Vasyliovych called on women to take jobs that would let them work with maximum effect and earn as much as men did. Ivan Vernadsky took interest in an array of economic and statistical issues, such as the history of economic thought, methodology of political economy, theory and practice of statistics, international economic relations, theory of foreign trade, theory of consumer needs, issues of the 1861 reform, agricultural problems, and socio-economic issues. He worked a great deal on the issue of opening land banks in the south of Ukraine. Thanks to his efforts, land banks were opened in the cities of Poltava and Kharkiv.

Another economist of world reputation who obtained his education in Ukraine is Simon Smith Kuznets, a Nobel Prize winner from the USA. He graduated from Kharkiv Commercial Institute (currently known as Kharkiv National University). Later on, he was a lecturer at Harvard, the University of Pennsylvania, and John Hopkins University. He also chaired the American Economic Association. Simon Smith Kuznets is the author of a work titled “Empirically founded interpretation of economic growth which has led to new and deepened insight into the economic and social structure and process of development,” for which he won the Nobel Prize in economics in 1971. Simon Smith Kuznets taught two other Nobel Prize winners – Milton Friedman and Robert Vogel.

Now economic education in Ukraine combines the best national scientific traditions with the latest in world research in this field. The institutions of higher learning are continuously improving their curricula and teaching methods. Traditionally, apart from the package of fundamental and special economic subjects, the Ukrainian economic education pays much attention to instrumentation and mathematical methods, such as mathematical analysis, statistics, and theory of probability. The success of every economist or manager depends on the grasp of these methods. In addition, while studying in Ukraine, you can learn the features of transitional economies and specifics of work in such environments. The academic process includes a few internships in companies operating on the local market. Therefore, if you wish to gain some hands-on experience during this period of your studies, you will have every opportunity to do so. Many foreign students take internships at local branches of companies from their native countries when studying in Ukraine. For this reason it often occurs that after their graduation, graduates represent the interests of companies from their native countries in Ukraine or take a job at the local branches of such companies. 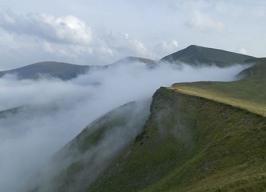