BECOMING A LAWYER OR A PHILOLOGIST IN UKRAINE!

Do you want to become a politician, a famous human rights advocate or a diplomat? Do you want to travel the world and know foreign languages? If so, you need a liberal arts education. Statistics show that most parliamentarians, government officials, and even presidents in the world have a liberal arts education. Philosophers, thinkers, men of letters, and musicians have always been in high respect and demand in every epoch and in every society. Many future lawyers, journalists, translators, and sociologists chose Ukraine as a place of study.

The skills and talents of modern Ukrainian men of letters, writers, artists, and musicians are well appreciated all over the world. Speeches delivered by men of letters from Ukraine draw full houses at various art forums and conferences. Ukrainian writers have been repeatedly nominated for and won international prizes.

Yuriy Andrukhovych,a famous Ukrainian writer, publicist, and public activist, who studied at Lviv National University, has been nominated for the Nobel Prize several times in the past decade, each time for a different work. The Nobel jury joke that Andrukhovych has not won the Prize yet simply because he is too young, suggesting that one has to reach a certain age to be suitable for a Nobel Prize in literature. As a rule, it is awarded primarily to famed older writers who are far over seventy years of age. Yuriy Andrukhovych gives lectures to Ukrainian university students, sharing his literary skills with young people.

Foreigners seek a liberal arts education in Ukraine because, among other reasons, the Ukrainian educational system is more than a thousand years old. Liberal arts, such as linguistics and law, were first to take root here. Back in the 11th century during the rule of Yaroslav the Wise, the largest library of those times was established at the cathedral of St. Sophia of Kyiv. Calculations of modern specialists show that the number of books in that library exceeded 950 volumes. As a result, St. Sophia of Kyiv became a center of chronicle writings and progressive ideas. The first legal code of Kyivan Rus was also compiled during the rule of Yaroslav the Wise, known as the Ruska Pravda. It gave legal form to the customs and norms of public conduct, judicial proceedings, and the law of that society.

Knowledge of law, language, and philosophy has traditionally been passed in Ukrainian society from generation to generation. The first schools appeared here back in the 10th century, during the times of Kyivan Rus. Back then, Kyiv, the capital of a powerful empire, was bigger than other European capitals. In particular, at the beginning of the 11th century, the present capital of Ukraine had a population of 50,000, whereas London, Hamburg, or Gdansk had only 20,000 residents. According to Wanczura, a Polish scholar who studied the culture of the Eastern Slavs, there were nearly 200 schools in Kyiv and its suburbs in the 13th century.

The first academic center that fully met the standards of European institutions of higher learning in those times was the Ostroh School, which enjoyed the rights of an academy. It was opened in the city of Ostroh in 1576. It had its own printing house, a huge library, and a staff of prime lecturers. The first full-fledged higher educational institution appeared in Ukraine in 1658. That was the Kyiv-Mohyla Academy, the first university not only in Ukraine but also in Eastern Europe. From the time of its foundation, the study of languages was among the central subjects in the Academy, especially such languages as Polish and Latin. The political elite from all over Eastern Europe studied at the Kyiv-Mohyla Academy then. It was the alma mater of famous Ukrainian hetmans Ivan Mazepa, Pylyp Orlyk, and Ivan Vyhovsky. Hryhoriy Skovoroda, a Ukrainian philosopher, Mikhail Lomonosov, the founder of Russia’s first university in Moscow, and Karion Istomin, the author of Russia’s first illustrated ABC-book, received their education here. Students of the Academy were children from different social strata ranging from aristocrats to peasants. The Academy had its own dormitory, which was a rare case in those times. Already at that time, many foreigners came to Ukraine for an education. In 1736, apart from Ukrainians, Russians, and Belarusians, the Academy had 127 students from European countries. In the 17th century, another university appeared in Ukraine in the city of Lviv that was part of the Rzecz Pospolita. In 1661, Jan II Kazimierz, the King of the Rzecz Pospolita, signed a document granting the “academy honor and university title” to the Lviv Jesuit College.

A whole group of institutions of higher learning appeared in the 19th century as the Russian government permitted the establishment of universities in Kharkiv (1804), Kyiv (1834), and Odesa (1865) at the request of the public. In 1875, the Austro-Hungarian Emperor Franz Joseph issued an edict establishing a university in Chernivtsi. These educational institutions quickly gained, and still retain, a reputation as significant research and education centers. The leading Ukrainian universities have been known since the time of their foundation as liberal arts institutions, and that comes as no surprise, as philosophy and theology were obligatory subjects for all students in those times, as well as a few contemporary and ancient languages. Such traditions of a high-standard liberal arts education are still alive.

In 1834, St. Volodymyr University was established in Kyiv to become Ukraine’s largest institution of higher learning and currently bears the name of Taras Shevchenko. In its early years, the university prepared highly qualified specialists at such faculties as philosophy, history-philology, law, and physics-mathematics. By now these study areas have evolved into a broad chain of faculties and institutes under the university’s roof. Since 1960, the university has trained 20,000 foreigners from 120 countries. The Taras Shevchenko University of Kyiv also has the largest preparation faculty for international students.

Ukrainian higher educational institutions offer many bachelor and master programs for many liberal arts qualifications. In Ukraine you can obtain an education as a lawyer or linguist, journalist or sociologist, musician or artist. Prospective students from more than a hundred countries choose Ukraine as their destination to seek a liberal arts education because Ukraine has old traditions, a sensitivity to the needs of the modern world, experienced lecturers, and famous graduates. If you contemplate the career of a highly qualified liberal arts specialist, your study in this country will be the perfect launching pad for your successful professional life. 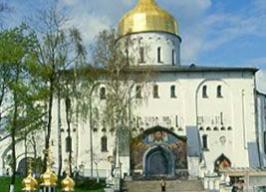