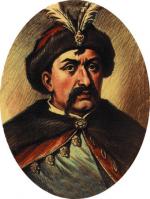 Bohdan Khmelnytsky (1595–1657) is both the most outstanding and most controversial figure in Ukrainian history. His name is associated with the events of the War of Liberation of the Ukrainian people against the Rzeczpospolita (modern-day Poland) and the creation of the Hetmanate – the Cossack state. Yet, most debates regarding Khmelnytsky are the result of his decision to come under Moscow’s protectorate.

Khmelnytsky’s joining the Cossacks and the beginning of the uprising against the Rzeczpospolita are colored by the spirit of revenge. At that time, Bohdan was already a well-known and influential figure among Ukrainian nobles; he supported Orthodoxy, was well-connected abroad and had good relations with the then-King of the Rzeczpospolita Wladyslaw IV. During one of the battles, Khmelnytsky saved Wladyslaw’s life before the latter was crowned king. But the Polish magnates in Ukraine looked upon Khmelnytsky with mistrust. Particurlarly, it concerned Koniecpolski, a rich magnate family that ruled Chyhyryn region. They decided to deprive Khmelnytsky of his estate in Subotiv and execute Bohdan. Subsequently, the estate was ruined and Khmelnytsky’s little son was badly beaten. Khmelnytsky managed to escape, but he lost his wife, who did not survive this. Khmelnytsky then set off for Zaporizhya with a detachment of Cossacks, where he was elected hetman and organized an uprising against the Rzeczpospolita. However, most historians consider the Subotiv events as a mere excuse and point out that the uprising may well have been prearranged.

Khmelnytsky was a remarkable person, so the uprising he led was not merely a riot of dissatisfied Cossacks. It turned into a true War of Liberation that lasted six years; from 1648 to 1654. It was this war that triggered the development of Hetman Ukraine. At that time the Hetmanate was already carrying out a policy that was independent of the Polish state, and looked for allies. When starting the war, Khmelnytsky enlisted the political and military support of Turkey and the Crimean rulers. Later on, after a lengthy negotiation, the hetman formed an alliance with Russia, which finally resulted in bringing a part of Ukrainian lands under the protection of the Russian state.

Not only was Khmelnytsky an educated person and a wonderful military leader who had won many important battles, but also a shrewd diplomat who understood all the undercurrents of European politics in those days. He also proved himself as a statesman who was aware of the needs of the state that he created, and devoted his life to its protection, strengthening and recognition on the international arena.

And, whatever the opinions of Khmelnytsky’s relations with Moscow, his main achievement is undoubtedly the creation of the Cossack Hetman State, which existed from 1648 to 1764. It was due to his effort that a clear system of administrative, territorial, and military arrangement and management was created, as well as a court system. Thus, Khmelnytsky created all the conditions that were possible in those days to strengthen and develop the Ukrainian State; he laid the foundation on which independent Ukraine has been built since the 20-th century. 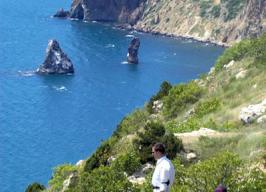