Following the Golden Fleece
If you have your heart set on relaxing at the seaside, you should go to Crimea. This picturesque peninsula in the south of Ukraine is surrounded and cleansed by the waters of the both the Black and Azov Seas. Europeans have known the Crimea since ancient times. You may have heard of the Old Greek myths about the Golden Fleece and Iphigenia. They are connected with the shores of Tavryda, which is what Crimea was called in ancient times.

These stories have been inspiring artists and philosophers such as Euripides and Ovidius, Goethe and Pushkin, Gluck and many others for centuries.
To enjoy a most comfortable rest you should make journey to Crimea’s Southern Coast. This narrow strip between the Crimean Mountains and the Black Sea boasts its own special microclimate. It was here where Russian Czars and other elite started building their summer residences at the end of the 19-th century. From that magical time, Crimea was forever branded a famous resort area.
One will soon find that although the azure waters of the Black Sea are the main attraction of the Crimea, they are by no means the only reasons for visiting this ancient yet cosmopolitan playground. There is plenty to see and explore in Crimea’s numerous mountains and the caves and for those who like resting in the open air, while taking in all of the natural surroundings there are a lot of old parks and forest reserves to wander through. Historical experts claim that the Crimea also chronicles the history of mankind. So we’re sure that at the very least, everyone will find a part of Crimea they can call their own, but whatever it may be, Crimea means discoveries and good memories.

Welcome to get acquainted with the coasts of Tavryda! 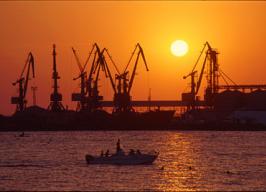