Dnipropetrovs’k. Is Dnepr on the Dnipro River? 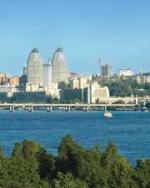 Dnipropetrovs’k, the third largest Ukrainian metropolis, is located 479 km in the southeastern direction from Kyiv, the capital of the country, down the course of the Dnipro River. Once it was called Katerynoslav, in honor of Russian Empress Catherine the Great. It was her idea to found here “the Southern Palmyra” of the Russian Empire back in 1776.

Its residents call their city by the lovely name “Dnepr”, the same as the river on which both banks the city lay stretched, the same as with Kyiv. But here, the Dnipro River is wider and Dnipropetrovs’k residents will definitely remind you of that. Catherine the Great did not manage to create “the Southern Palmyra” right away on the model of St. Petersburg in the North, but iron-ore and coal deposits, which were discovered 100 years later after the founding of the city, gave a strong impetus for industrial development. And the city transformed into an industrial giant at an incredible rate, and today the city remains that giant. The iron industry, mining industry, machine-building – this is what Dnipropetrovs’k has been famed for up until now. Dnipropetrovs’k residents’ special pride is spaceships, in particular, the ecologically safe “Zenit” rocket carriers, used in the “Sea Launch” project. In Soviet times, the city’s rocket industry was a big secret, which is why foreigners were not welcome in the city then, but everything changes in this world. Dnipropetrovs’k is an unusual city; a city of contradictions and contrasts. It is spread out and active and here natural beauty runs side by side with industrial smokestacks. People either fall crazily in love with the city or don't understand it at all. However, there is no doubt that the city has a unique look and local flavor. And you will feel it. Come out on one of the biggest embankments in Europe. It stretches for 23 kilometers! Here, you especially feel the size of the city, the grandeur of the Dnipro River, and the beauty of the city’s bridges. And during the warm season of the year, while walking around the city, it is such a pleasure to sit near one of the numerous fountains. We are sure you will like it! 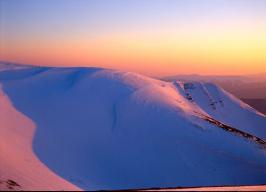