Feminine disposition of the Ukrainian character 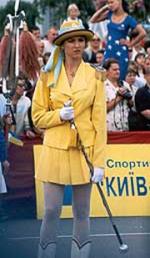 A steel Lady standing on the green hills of the Dnipro River competes with the golden domes of the Kyivo-Pecherska Lavra (Caves Monastery). She is ready to protect her city any time, a sword in one hand, and a shield in another. Her face is resolute. A newly arrived in Kyiv will find her like this, a 60-meter of height, somewhat pompous figure of the Mother-Homeland.

Ukraine's younger generation seems slightly ironic towards the soviet-era monument. For the teenagers, it's a kind of an attraction. You can go upstairs in an elevator inside the monument and take a bird's eye view on Kyiv from the highest point ever possible. The post-soviet youth, generally, is not inclined to idealize the symbols of the past. In spite of many myths to the contrary, the Ukrainian youngsters are quite pragmatic, self-reliant and optimistic with open and positive thinking. Meanwhile, one of the symbols of the era that has recently faded away and would never come back, the Mother-Homeland stands out as the best illustration of the Ukrainian society both of the soviet times, and of many centuries before. Moreover, it is a mirror of the present-day Ukraine. For it was a Ukrainian woman depicted as the nation's warrior and defender. Why not a man? The answer to this question is evident and lies on the surface. This is all about the Ukrainian way of family relationships. In this kingdom, not to count some exceptions, a woman plays a dominating part embodied in folk proverbs: 'A man is a head, and a woman is a neck', or even more expressive: 'Whatever father says, will be the way mother wants'. The same relationships in the Ukrainian family has been long noticed and depicted in popular national literature. Ukrainian history is a treasure-trove of the feminine success stories. According to the chronicles, Ukrainian beauties had played a remarkable role not only in the history of their own state, but often identified the policies of other medieval countries like Norway, France, Hungary, Turkey and other. Kyivan Rus in the 10-th century flourished under the rule of the Princess Olga. She was the one to bring Christian faith to this part of the world. High morality and culture dominated in the ancestral Ukrainian state. In contrast with the cult of physical strength characteristic to some European cultures of that time, Olga facilitated science and arts and preferred wisdom and humanity in the state management. To date, women of modern Ukraine are worth their princely ancestor, being real decision makers better adapt themselves to new social-economic environment in the midst of the country's transition to a market economy. Many have built their own business or got a good job. Well educated and competent, they successfully compete with men at the job market and master new professions well, able to protect themselves and their families, but far from being aggressive. This is a true Ukrainian character that helps to build a new society. 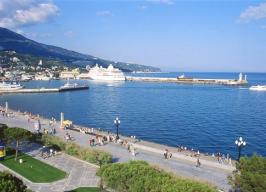