Football in Ukraine is among the priorities which are paid a lot of attention. Numerous achievements and trophies won by Ukrainian teams serve to prove it.

The strongest clubs in the Ukrainian league are Kiev "Dynamo" and Donetsk "Shakhtar". The main struggle is held by these two football parties meanwhile the champion title switches back and forward from one to another.

Our teams are known at the world wide football arena. "Shakhtar" and "Dynamo" regularly have the honor to take part in the "UEFA" Cup, Champions League and other ranking events.

Ukrainian team systematically and not less loudly tells the world about our country. In 2006 our team reached the ¼ finals of the World Cup.

Ukrainian youth team keeps the brand as well. In 2006 it won the 2nd place in the European Championship. And in 2009 our players under 19 years old became European champions.

It is worth to remind about a recent event which has become a historic phenomena for football in Ukraine. In April 2007 our country has won the right to host EURO tournament, which was successfully completed in 2012. An interesting fact is that Kiev Fanzone was the most visited one during the Euro.

The preparation was carried out very carefully and the result made Ukrainian football federation and UEFA be proud of their decision.

Let’s not forget about the stars of Ukrainian football. Ukrainian footballer Andriy Shevchenko proudly holds our brand on the international football arena. He became a legend not only for Ukraine, but also for Italian Serie 'A' and the world of football as a whole.

Andriy Shevchenko formed a good follower of one of the greatest football players and a coach Valery Lobanovsky – the inventor of the famous in football "taking a leaf." 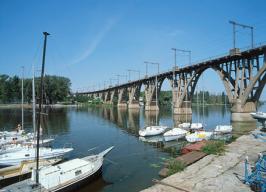