Ukraine is the largest country entirely located in Europe. Speaking in numbers, it has an area of 603,628 sq. km. It represents 5.7% of the total area of Europe and 0.44% of the world’s dry land surface. Ukraine stretches 1,316 km from west to east and 893 km from north to south. According to measurements made in 1887 by the geographical society and the military department of the Austro-Hungarian Empire, the geographical center of Europe is in present-day Ukraine, as indicated by a special signpost near the town of Rakhiv in Zakarpattya Region.

Ukraine borders with Belarus to the north, Poland to the west, Slovakia, Hungary, Romania and Moldova to the southwest, and Russia to the east and northeast. Its southern territories are washed by the Black Sea and the Azov Sea. Its largest Black Sea ports are Odesa, Illichivsk, Sevastopol and Kherson, and its largest Azov Sea ports are Mariupol, Berdyansk and Kerch. Due to its advantageous geographical location and its branched network of air, sea, railroad and motor transport, Ukraine is a transit point for passengers and cargoes from various countries.

Ukraine’s climate is mainly moderately continental. However, there is a subtropical area in the very southern part of Crimea. That’s why the southern coast of Crimea has a great many sea resorts. Ukraine’s nature is very diverse and enchants even seasoned travellers with its dense forests, endless steppes and midland rivers. In spring and summer, they are a cheerful green color; in autumn they are bright yellow, orange and red, while in winter everything is covered in blankets of snow. Ukrainian winters are snowy, but not too cold, with snow usually arriving in late November or in December. Therefore, Ukraine offers you many different impressions! 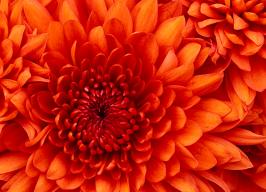