The minister of science and education, youth and sports of Ukraine Dmitry Tabachnik during time прямойго air reported that in 2012 the order of the Ministry of Education, a science, youth and sports of Ukraine according to which all higher educational institutions of Ukraine are obliged to issue now to graduates the loose leaf to the diploma of the European sample was issued. All HIGHER EDUCATION INSTITUTIONS without an exception are obliged to carry out this decision. Such specification is not so casual, after all earlier it was executed by only large higher educational institutions.

The loose leaf of the European sample is approved and certificated in Europe and meets Bolonsky requirements.

The Bolonsky declaration of 1999 urges to use the annex to the diploma with a view of creation of uniform European space that will promote employment of citizens of Europe and to increase the international competitiveness of the European system of the higher education.

The annex to the diploma represents the uniform standard document which was developed by the European commission, the Council of Europe and UNESCO. The purpose of creation of such document - to facilitate procedure of the academic and professional recognition of diplomas, degrees, certificates, the certificates received by graduates of HIGHER EDUCATION INSTITUTIONS. This document received the name Diploma Supplement (DS) – the all-European annex to the diploma.

The form of the European appendix is strictly regulated and consists of eight obligatory sections. The HIGHER EDUCATION INSTITUTION issuing such appendix, fills six of them.

According to bolonsky documents, filling of the appendix is conducted on one of widespread European languages, however it is recommended to make out it in the native language with a translation into English.

Eight sections of the appendix have a binding character and it is necessary to fill them most fully and precisely.

The first section - "Information on the owner of qualification" - includes a full name of the student, date and a place of its birth, and also identification number of specialty, agrees to the system of identification accepted in the country.

The second section - "Information on the received qualification". The qualifications full and reduced names of received degrees, specialty, the name and the status of the educational institution which has appropriated qualification register in this section, names of HIGHER EDUCATION INSTITUTIONS where there was a training of the student, language (languages) of training the full and reduced name. Also in this section the HIGHER EDUCATION INSTITUTION status is specified.

The third section - "Data on a skill level". In this section are specified: a skill level and its place in national system of the higher education, duration of training, the types of an academic load included in labor input of training, auditorny hours, independent study, examinations.

The fourth section - "Information on the content of training and the received results". In this section data on form of education are specified: internal, evening, correspondence, remote; about the training and requirement program to its mastering, the content of training, a weight ratio of disciplines in the academic credits, all studied subject matters obtained on them the credits and estimates are listed, types of total control on disciplines are specified, the order of protection of the master or doctoral dissertation is described.

The fifth section - "The professional characteristic of qualification". Contains data on readiness of the graduate to continue education at higher levels, its professional status, degree of its competence and possible powers.

The sixth section - "Additional information". In this section HIGHER EDUCATION INSTITUTION can include information on proydyonny training, on the included experience in the specialty.

The seventh section - "Data on diploma certification". In this section the surname, a name and a patronymic of the official certifying the appendix to the diploma, a position of the person who has signed the diploma is specified. All these data are certified by the press.

The eighth section - "The general information on a national education system". In this section information on system of the higher education of the country, and also the main requirements to the entrants arriving in HIGHER EDUCATION INSTITUTIONS is specified.

The European annex to the diploma allows to recognize the diploma as all countries which are participants of Bologna Process. 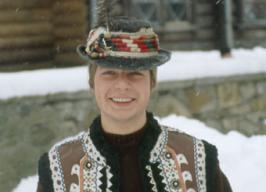