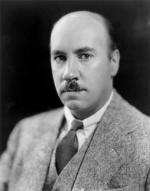 Igor Sikorsky — the Russian and American aircraft designer, the scientist, the inventor, the philosopher who is a founder first-ever: four-motor plane «Russian hero», passenger plane "Ilya Muromets", transatlantic hydroplane and serial helicopter of the one-screw scheme.

Igor Sikorsky — the Russian and American aircraft designer, the scientist, the inventor, the philosopher who is a founder first-ever: four-motor plane «Russian hero», passenger plane "Ilya Muromets", transatlantic hydroplane and serial helicopter of the one-screw scheme.

Igor Ivanovich Sikorsky was born on May 25 1889 in Kiev in a family of the known psychiatrist, the professor of the Kiev university — Ivan Alekseevich Sikorsky.

From 1903 to 1906 studied in the Petersburg sea school, and in 1907 arrived in the Kiev polytechnical institute.

In 1908 — 1911 Sikorsky constructed the first two elementary helicopters of the coaxial scheme without the distortion machine gun. Loading capacity of the device which was constructed in September, 1909, reached 9 poods. This device was exposed at the two-day aeronautic exhibition passing in Kiev in November of the same year. However any of the helicopters constructed by it could not fly up with the pilot therefore Sikorsky was switched to construction of planes.

In January, 1910 he tested a snowmobile of own design., and in 1910 lifted in air the first plane of the design S-2.
During the period from 1912 to 1914 Grandee planes (The Russian hero) and "Ilya Muromets" which began multiple-motor aircraft were created.

For two years Sikorsky's airplanes завоёвывали the main prizes at carrying out competitions of military planes. He gave special attention to improvement of aerodynamic characteristics of devices — the tail farm was replaced with an udoboobtekayemy fuselage. The S-6a plane which was modernized thus, deserved a big gold medal of the Moscow aeronautic exhibition in April, 1912.

In 1915 Sikorsky creates the first-ever serially being issued fighter of support — C-XVI for joint actions with bombers "Ilya Muromets" and protection of their airfields from planes of the opponent.

In March, 1919 Sikorsky will emigrate to the USA. The known aircraft designer lodged in the district of New York and at first earned on life mathematics teaching. In 1923 he creates aviation firm "Sikorsky Aero Engineering Corporation" in which holds a position of the president.

The beginning of its activity of Sikorsky in the USA was difficult. Even it is known that outstanding Russian composer Sergey Rakhmaninov held a position of the vice-president in Sikorsky's enterprise and, to rescue firm from ruin, Rakhmaninov sent the check for $5000. Sikorsky could return this money in 1929 when affairs in firm improved.

Till 1939 Sikorsky manages to create about 15 types of planes. Since 1939 it passes to designing of helicopters of the one-screw scheme with the machine gun of a distortion which were widely adopted.

Its first experimental Vought-Sikorsky 300 helicopter came off the earth on September 14, 1939. In essence, it was the modernized option of its first Russian helicopter created still in July, 1909.

By Sikorsky's helicopters flights across the Atlantic and Silent oceans for the first time were made. Sikorsky's cars were actively used both for military, and for the civil purposes. As most successful of its inventions are recognized S-51, S-55, S-56, S-61, S-64 and S-65.

By the last helicopter which was constructed by Sikorsky before leaving on pension, became S-58.

In 1963 Sikorsky was awarded the highest scientific award of the American society of mechanical engineers — the medal ASME.

Igor Ivanovich in 1972 in the city of Easton, the State of Connecticut died. It is buried on Sacred John Krestitel's (Saint John Baptist cemetery) grekokatolichesky cemetery in Stretforda. 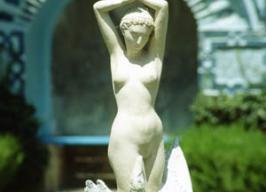