Insurance of foreigners in Ukraine

As insurers the persons who have obtained the license for the right of implementation of obligatory medical insurance can act, and concluded contracts on implementation of policies of assurance (certificates).

At insurance by object of insurance there are the property interests connected with health and work capacity of the foreigner, and also emergence of expenses for provided it medical and other types of service at sudden, unforeseen events during stay of the foreigner in the territory of Ukraine.

Insurance risk is sudden, unforeseen and not depending on will of the insured person the event which occurred to it during stay in Ukraine. The unforeseen illness, death as a result of an illness, accident, failure or motor transport breakage, theft of luggage, tickets, documents etc. can become such case.

Insured event is emergence of the obligation of the foreigner to compensate to the establishment which has rendered services, costs of the provided it medical and other types of service provided by the insurance policy.

The amount of coverage is established at will of the foreigner signing the contract of insurance. This document consists for the term from 1 day till 1 year. The territory of insurance is all territory of Ukraine.

Cost of the insurance policy which the foreigner wishes to get, depends on the following:

The amount of coverage is established at will of the insured person in limits from 5 000 to 50 000 hryvnias. 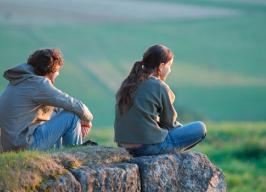