Kharkiv. Is the first capital? 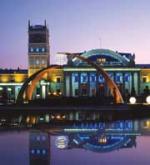 Kharkiv, Ukraine’s second largest city, is located 470 km east of Kyiv. The city’s native residents like to remind their guests that it is the first capital of Ukraine. Indeed, during a difficult period in Ukrainian history, from 1917 to 1934, the city was the capital of the Ukrainian Soviet Socialist Republic. But even until now, Kharkiv has not lost its economic and scientific relevance. The city is a large industrial center and yet, it is very hospitable to its visitors.

You can walk the city’s most beautiful streets: Sumska, Pushkinska, Rymarska, where old architectural ensembles have been preserved. You can feast your eyes on the belfries of Pokrovsky Cathedral (1689) and Uspensky Cathedral (1771). Or, you can get to one of the world’s largest squares, Svobody Square, where you especially feel yourself a part of the four-dimensional “space-time” system. It is hard to say what makes that feeling so acute. Maybe it’s because of the area of almost 12 hectares in the middle of the metropolis. Or maybe it’s because of the huge Derzhprom building (1928), which is included in all the encyclopedias on architecture as an example of a building done in the constructivist style. Now it is hard to imagine that this first high-rise building of monolithic reinforced concrete in Europe was built primarily with the help of manual labor and horse power just within two years. Today, Derzhprom stands as one of the most expressive architectural creations of the 20-th century and a guest-greeting landmark of Kharkiv. Look how the sunset’s rays play in these voluminous concrete parallelepipeds! And during the warm season of the year, you simply must put your matters aside and take a ride on a cable lift to see the city from above. Kharkiv is a powerful intellectual center. The lives of the following prominent scientists, Nobel Prize Laureates, are directly connected with Kharkiv: the physician Ilya Mechnikov, physicist Lev Landau, and American economist Semen Kuznets. The following people worked in Kharkiv: Semen Braude, the founder of decametric radio astronomy; Volodymyr Vernadsky, the founder of geochemistry and a philosopher; Mykhailo Ostrogradsky, a mathematician, and many, many others. Currently, almost 285,000 students study at 73 higher education institutions and more than 50 scientific institutes operate here. 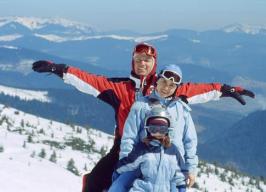