Khortytsia is the largest island on the Dnieper River, located in the center of the city of Zaporizhya. It is famous for its centuries-old history since the island has played an important role in Ukrainian history due to its strategic position.

The history of human settlements on Khortytsia goes back to the Paleolithic period. Remains from the Sarmatian and Scythian period have been found there, in particular, groups of kurgan tombs on Khortytsia’s highest peak. Now the island hosts a memorial and tourist complex called Scythian Camp where visitors can see examples of the nomadic tribes’ cultural achievements.

The island earns mention later. Primarily, it is connected with the legend of the death of Prince Svyatoslav Ihorevych, one of the most prominent warlike princes of Kyivan Rus, called the Aleksandr of Macedon of the East Slavs by Russian historian N. Karamzin due to his successful marches against the Bulgarian and Byzantine Empires. Svyatoslav was killed in a fight with the nomadic tribe of Pechenegs on the rapids while he was returning to Kyiv. Today the museum of the Zaporizhian Cossacks displays a diorama of Svyatoslav’s last battle. You can also visit the Black Cliff, which was most likely the site of the prince’s death.

But this island became most famous due to the Cossack epoch, starting with the 15th century. Since the island was protected by rapids, it became a shelter for fugitive serfs and runaways for various political reasons. Therefore, some time later, Khortytsia became the center of the fight against the Polish-Lithuanian Commonwealth and a boundary on the path of the Crimean Tatars and Turks. The first fortress was built near the island of Mala Khortytsia by Dmytro Bayda Vyshnevetsky, known for his courageous crusades against the Turks and thus nicknamed “the most glorious enemy of the Sublime Porte”. Later, in the first part of the 16-th century, Khortytsia became one of the centers of the Zaporizhian Sich, which was a complex politico-social and military administrative organization of the Ukrainian Cossacks. Khortytsia was just the place where most of the rebellions began, including the uprising led by Bohdan Khmelnytsky, which turned into the War of Liberation of 1648–1654; however, as a result, a part of Ukrainian territory passed under the protection of the Russian Empire. In 1775, pursuant to the order of Russian Empress Catherine II, the Zaporizhian Sich was destroyed and the Cossacks were disbanded.

Today, a historical and cultural complex, the Zaporizhian Sich operates on Khortytsia Island, where you can take a look at the arrangement of military fortifications of that time and see how the Cossacks lived. Moreover, a folk and ethnic equestrian theater, “Zaporizki Kozaky”, works on the island. Its participants keep up and develop the traditions of the Zaporizhian Cossacks, give performances and pursue traditional trades, such as the craft of smithing and pottery.

However, Khortytsia is not merely a historical place. It is also a unique natural habitat. Some relict plants grow there which used to be wide-spread on the territory of southern Ukraine. That’s why this place is a unique natural and historical complex which offers the possibility of feeling as if you went back in history. 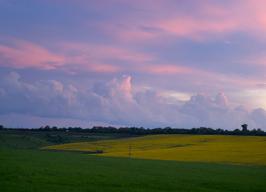