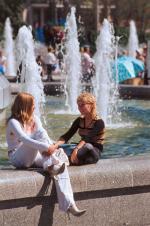 Language is a reflection of a people’s soul, because through a language one can find out about many features of the development and formation of those people. Unfortunately, during their history, Ukrainians have been deprived of the possibility to fully study and develop their native language. Subordination to the authority of the states of the Polish-Lithuanian Commonwealth (Rzeczpospolita), and the Austro-Hungarian and Russian Empires led not only to a denial by these countries’ historians of the existence of Ukrainians as an ethnos, but also to relegating the Ukrainian language to the status of a dialect.

In the 20-th century, the situation improved a bit. The Ukrainian language received the right for its existence. The Soviet regime did not object to its usage, but did not encourage it either. The result of conducting such a policy was that a portion of ethnic Ukrainians considered Russian their native language.

Independent Ukraine proclaimed Ukrainian the state language of the country. According to the population census of 2001, 67.5 percent of Ukraine’s total population considered it their native language, which is 2.8 percent more than the results of the census of 1989. Among ethnic Ukrainians, that figure reaches 85.2 percent. However, Ukrainian is used not only by ethnic Ukrainians, but also by Russians, Poles, Romanians, Moldovans, Belarusians and Germans. Russian became the most widespread language after Ukrainian. Of the total population, 29.6 percent named Russian as their native language. Usage of Russian in everyday communication prevails in the south and east of the country. A feature of the country’s language situation is the large number of the bilingual population. According to research of the Kyiv International Institute of Sociology, 12.4 percent consider both Ukrainian and Russian as their native languages at the same time, and for 16.4 percent, it is equally easy to communicate in both languages. Another feature is the spread of “surzhik”, which is a blend of Ukrainian and Russian and does not have the status of a separate language. The share of the usage of other languages is insignificant.

The leadership of the state continues to support the development of the Ukrainian language by not suppressing other languages at the same time, and by providing representatives of other nationalities with an opportunity to study and communicate in the language they consider to be their native one. On May 2, 1996, Ukraine signed the European Charter of Regional Languages and on May 15, 2003, the Verkhovna Rada of Ukraine passed a relevant law on its ratification. 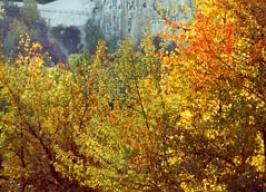