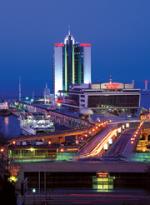 Modern Odesa is the largest seaport of Ukraine located on shores of the Black Sea, the city of great historical, cultural and industrial significance. Its mild climate, beautiful sand beaches and numerous historical landmarks make Odesa a natural resort city and, as if it was a precious gem boasts of its beauty in the South of Ukraine. Founded in 1794 by order of Queen Katherine the Second with the purpose of establishing a mighty seaport, fortifying southern borders of the Russian Empire, Odesa has surpassed Her Majesty expectations.

Soon Odesa has become one of the biggest and wealthiest cities of Russia. Attracted by Porto Franco business conditions and benevolent climate, migrants and merchants from European and Asian countries made a beautiful and prosperous home in Odesa. Since then the city was doomed to flourish, thanks to good business sense, positive and optimistic vision and sharp wit of its inhabitants. The streets of Odesa can be perceived as a textbook on architecture. There are a lot of buildings combining the features of Gothic, Renaissance, Baroque, Classicism and Art Nouveau. The most famous city’s streets whose names are associated with Odesa are Deribasovskaya Street and Primorsky Boulevard. Located in the very heart of Odesa, Deribasovskaya Street leads to the City Gardens with its fountain, old summerhouse and sculpture of lion and lioness. City Gardens were laid out shortly after the foundation of Odesa and were its first park. These are perfect spots for promenades in the warmth of southern evenings. From Primorsky Boulevard runs down the Potyomkin Steps – one of the most amazing sites of Odesa to view the busy harbors. Looking down from the top, the Steps themselves become invisible, only the landings can be seen. The famous monument to Duke de Richelieu overlooks steps of 142m length, through centuries trying to disclose their mystery. At the west end of the Boulevard, there is Count Vorontsov Palace and a Grecian colonnade providing a fine view of the bay. Shady platens and chestnut trees, numerous benches and magnificent sea view make the Primorsky Boulevard irresistible both for tourists and Odesans. Odesa is also known for its art and culture, having what is widely considered to be the second most beautiful and important opera house in the world. The masterpieces of architecture such as St. Elijah Cathedral and St. Pantheleimon Church, the former Palaces of the Gagarin Princes' family, Count Pototsky, Landowner Abazi, as well as the buildings of the House of Scientists, Londonskaya and Krasnaya hotels, Passage department store contribute to the unique atmosphere of the city. Familiarizing oneself with Odesa, its architectural ensembles located in Deribasovskaya, Pushkin, Langeron, Gogol Streets, French Boulevard, Theater square, the treasures of Art, Literature, Archeological, Navy, West European and Oriental Art museums, visiting unique Odesa Catacombs, Privoz Market, Sea terminal, taking sea cruises and walks in the city will please any gourmet traveller. 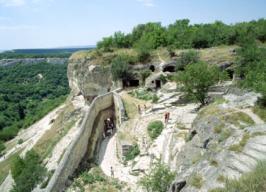