What is the saying? It is attempt of the person to describe the events in a laconic form. Besides the general vision by the person of reality, a saying display essence of culture of society, its life, preferences and beliefs.

What is the saying? It is attempt of the person to describe the events in a laconic form. Besides the general vision by the person of reality, a saying display essence of culture of society, its life, preferences and beliefs.

In the Ukrainian proverbs and sayings "heart" of all people is hidden. Having read some of them, you can closer get acquainted with Ukraine, its customs and how Ukrainians perceive and realize this world.

• "Be so kind as" does not bow, and "thanks" - backs does not bend.
• In the wood leaves, and in the world people with each other are not similar.
• There would be pies, there will be also friends.
• Rich and up water flows, and poor - and in a valley it is necessary to dig a well.
• In September - one berry - and that bitter mountain ash.
• The flea bites, and for what, does not know.
• Main road begins with the first step.
• Without oil porridge not the tasty.
• Protect clothes, while it new, and health while you are young.
• Firewood does not carry to the wood, and into a well of water does not pour.
• Barvinok on a wreath, and a wormwood on a broom.
• The illness does not need to be called, she will come.
• In one pocket gets dark, and in other dawns.
• The trouble paints, as cancer boiled water.
• Be courageous not language, and business.
• In the city, as in the father-in-law, and in the village, as in pitch.
• There would be a garden, and nightingales will fly.
• In each heart and heat, and cold.
• Trouble not water: to cross, перебрести.
• Without belief in the sky extracted a lot of bread.

Proverbs and sayings arose in an extreme antiquity and since then accompany the Ukrainian people in everything, throughout all history. Proverbs and sayings are the most curious genre of a folkler. They were studied by many scientists of different corners of our Globe, but they still remain up to the end unsolved., In a broad sense, we understand the short national sayings having instructive sense and transferred by the people from generation to generation as proverbs. The saying in turn is a widespread trope which has no generalizing sense and an instructive tendency. Also them call language aphorisms. Proverbs and sayings are easily remembered, as they have a rhyme. With confidence it is possible to tell that them do not remember without cause and the reasons. They always come us back to memory at conversation, to a case. It is also possible to note that proverbs and sayings contain direct council and prompt to the person how to arrive in this or that situation. 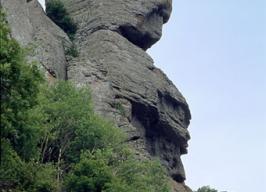