Rating of higher educational institutions III-IV of levels of accreditation

In world and European educational space rating systems were widely adopted and also had application in various spheres economic, social, and political activity.

For estimation of activity of HIGHER EDUCATION INSTITUTIONS of Ukraine criteria of quality of the international standards are used. Such approach gives the chance most adequately and to estimate objectively a class category of this or that university, compared to Higher education institutions of other countries.

Activity of each HIGHER EDUCATION INSTITUTION can be estimated by means of such criteria:

The Ministry of Education and Science, youth and sports of Ukraine carried out the analysis of all kinds of activity of the Ukrainian HIGHER EDUCATION INSTITUTIONS and their profile rating is made.

Among universities, main economy, finance and the administrative business, the University of banking of National bank of Ukraine was recognized as the first. The Donetsk national university of economy and trade of a name of Tugan-Baranovsky became the second by the specified criteria. The third place was occupied by Donetsk state university of management. 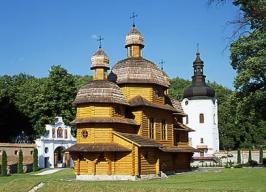