With a Ukrainian diploma in hand you can start a career or continue your education in any country of the world. Together with other countries, Ukraine is working to simplify the procedure for recognizing education documents.

With a Ukrainian diploma in hand you can start a career or continue your education in any country of the world. Together with other countries, Ukraine is working to simplify the procedure for recognizing education documents. The country is a member of the Hague Convention on the simplified procedure of legalizing documents, as well as the Lisbon Recognition Convention on the recognition of qualifications concerning higher education in the European region.

To make your certificate of education obtained in Ukraine recognizable and valid in another country, you need to legalize it. If the country you are going to for professional activities or to continue your education is a signatory of the Hague Convention, just as Ukraine is, you will only need to certify your diploma with an apostille. This simplified document legalization procedure is universal for all the countries that signed the Convention. Otherwise, you will need to go through the procedure for legalizing education documents at the Ministry of Foreign Affairs of Ukraine. These procedures are quite simple, and universities, as a rule, help their graduates prepare well for every formality. It is very advisable to find out in advance the exact document legalization procedure for your country. This legalization and apostillization confirm the legitimacy of the document issued to you when you use it outside Ukraine.

Every country has a qualification confirmation procedure featuring local specifics. At present, Ukraine is in 22 bilateral agreements on mutual recognition and equivalency of education documents and academic degrees. The countries that are in such agreements with Ukraine include Bulgaria, Hungary, Vietnam, the People's Republic of China, Mongolia, Poland, Romania, France, and Estonia. Bilateral agreements on recognition of education documents have been signed with Russia and most former Soviet republics. The procedure for the recognition of your qualifications in these countries is very simple. In addition, Ukraine, together with 43 other countries, is a signatory of the Lisbon Convention that covers the countries of Europe. Apart from European countries, the United States, Canada, Australia, Israel, Kazakhstan, and Belarus have also joined this Convention. This document is aimed at simplifying the procedure for recognizing qualifications acquired in one country in other Convention member countries. With this end in mind, the Convention signatories, including Ukraine, work together in joint working groups, exchange information, and coordinate their national systems of qualifications with the European qualifications framework in higher education.

State-owned company "Information and Image Center" performs the functions of a National information center of academic mobility(Resolution No 924 of the Cabinet of Ministers of Ukraine, dated August 31, 2011). One of the central tasks of the Center are to verify the authenticity of documents confirming education issued by educational institutions in Ukraine and other countries; also to organize expert examinations to establish equivalency of qualifications awarded in accordance with education confirming documents issued by educational institutions in other countries. The authority responsible for the nostrification and apostillation of documents in Ukraine is the Ministry of Education and Sciences, Youth and Sports of Ukraine.

In 2005, Ukraine joined the Bologna Declaration and now the country is carrying out Bologna reforms together with the other 46 European countries. Thus, the country has taken the course of implementing European educational standards and integrating into the European education and research community. To implement the requirements of the Bologna Declaration in Ukraine, national education is undergoing large-scale reforms and modernization.

A three-stage system for the preparation of specialists with a higher education has been introduced in the country. The new system is compatible with the European system of education and the educational systems of most world countries. Ukrainian universities, institutes, and academies offer academic programs for future bachelors (the first stage of study), specialists and masters (second stage), and candidates of sciences (third stage).

Ukraine is now introducing the European Credit and Transfer System, as well as a European-type diploma supplement. Both are unified instruments of measuring the academic achievements of students. The diploma supplement now contains more information and makes it possible to compare the academic program that the student passed in Ukraine with corresponding programs in other countries. These innovations will substantially simplify the procedure of recognizing Ukrainian diplomas of higher education in Europe as well as in other countries. All these changes are aimed at standardizing the Ukrainian educational branch and harmonizing it with the same systems in other countries. This will greatly simplify the procedure of recognizing the academic degrees obtained in Ukraine in other countries and vice versa. These measures are also intended to enhance the mobility of students and qualified workforce.

In 2008, Ukraine became a full member of the European register of quality assurance in higher education together with another 18 countries-Bologna process participants. 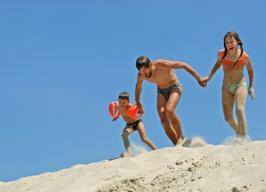