State order-2012 – the greatest in years of independence

On June 8, 2012 the Minister an obrazovaniiya and sciences, youth and sports of Ukraine Dmitry Tabachnik reported that the State order for training of specialists scientific and pedagogical, personnel, on professional development and retraining of personnel (postdegree education) in 2012 became the biggest for years of independence of Ukraine. The statement was made during consideration of questions to the government in the Verkhovna Rada of Ukraine.

According to Dmitry Tabachnik's statement, the Resolution of the Cabinet of Ukraine from May 17 2012 solved a question of the state order for training of specialists, scientific and pedagogical and personnel, professional development and retraining of personnel for the state needs.

The minister declared that according to this Resolution the reception volume for training of specialists on educational qualifying level of the younger expert made nearly 79 thousand people that on 4 thousand more than last year, including 68 thousand places of day form of education. As to educational and qualifying level of the bachelor, the state order at level of 127200 people, including on day form of education - 108 thousand was established.

Dmitry Tabachnik emphasized that the decision of the Government essentially increased volume of enrollment of students by the state order if to compare with 2011, on such directions of preparation as: electronics (nearly 34 %), power and power mechanical engineering (for 14,5 %); radio engineering, radio-electronic devices, communication (almost for 25 %), metallurgy and materials science (for 64 %), mechanical engineering and metal working (almost for 28 %), chemical technologies and engineering (for 46 %), aviation and space-rocket equipment (for 44 %), transport and transport infrastructure (for 32 %).

The minister also emphasized that in 2012 the volume of enrollment of students on educational qualifying level of the bachelor for means of the state budget in the preparation directions for IT-branch almost was increased by three thousand places that makes 24 %. The reception volume on educational qualifying level of the expert in a state order will make 64 thousand people, including 57 thousand - on day form of education. These figures make 44600 and about 37000 students. For all years of independence of Ukraine it is the greatest indicator of volumes of reception. On preparation of personnel in comparison with 2011 it is increased by 15 %, and for professional development and retraining the volume of reception is increased almost by 16 %. 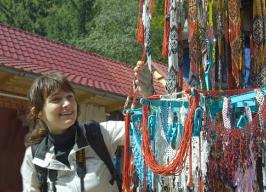