is a land that has given the world many people of outstanding personality who have distinguished themselves in various fields of science and technology, culture and art. However, due to the thorny historical path of Ukraine, which for centuries was under the rule of other countries and empires, those people’s names were often kept secret or associated with other countries in which they became famous.

And yet, although the country called is only seventeen years old, you have certainly heard the names of our prominent fellow countrymen before: the writers Nikolai Gogol and Mykhailo Bulgakov, singer Solomiya Krushelnytska, pianist Volodymyr Horowitz, artists Kazimir Malevich and Oleksandra Ekster, prominent choreographer Serge Lifar and many others who have contributed to the world’s cultural heritage.

Moreover, with the appearance of ’s independent generation that is noted for its self-reliance and national consciousness, one can see many outstanding figures among young Ukrainians who serve as a good example to follow. Together, they help reinforce the new Ukrainian national identity of the 21-st century.

Historically, language is one of the key indicators of national sovereignty. For nearly four centuries, the Ukrainian language was strictly forbidden and was the target of propaganda campaigns aimed at reducing its status to that of a dialect. Things have changed following independence, and now the Government policy is aimed at supporting the Ukrainian language as the only state language. This has become the subject of ardent debate due to the predominance of the Russian language within large sectors of modern Ukrainian society. One of the several spheres where this transition was relatively painless is the music industry. The young generation of Ukrainian stars representing various musical trends has helped dispel the myth of Ukrainian as a plain and unattractive language of peasants by popularizing it throughout the regions where it was not much spoken.

The richness of Ukrainian melodies has been used in all musical genres, from rock ballads to rap, destroying the old stereotypes and making the new generation born in our country conscious that they belong to this culture, which was once considered politically suspicious in the Soviet era. Thanks to the victory of pop princess Ruslana in the 2004 Eurovision Song Contest with her song “Wild Dances”, which is an interpretation of Carpathian Ukrainian culture, Verka Serdyuchka’s satirical triumph in Eurovision with her sensational comic performance, and the second-place finish by the enchanting singer Ani Lorak, has acquired a European charm. The successful performance of the country’s young artists has also made a breakthrough in itself, building trust in Ukrainian culture among the country’s younger generation, which it has lacked for a long time. Many of these musicians, being pioneers of Ukrainian music, also enjoy great popularity in and other former Soviet states, as well as in , which helps destroy the old stereotypes concerning the indivisibility of the Ukrainian and Russian identities.

There are new filmmakers emerging who add to the fame of outstanding Ukrainian film director Oleksandr Dovzhenko. The first movie nominated for an Oscar in 2003 was made by young talented film director Oles Sanin. Although it failed to receive the expected award, the fact that it was among the nominees set a precedent and became a kind of “cultural breakthrough” that opened Ukrainian culture to the international audience. And the documentary “Wayfarers” by young film director Ihor Strembytsky won the Golden Palm at the Cannes Film Festival.

A similar process is underway in literature. Over the past seventeen years, there has been tremendous progress in publishing Ukrainian-language books, as Russian-language publications had dominated for decades. Active young talents writing in Ukrainian have done much to modernize the language, showing the young audience its multi-faceted nature and expressiveness. The works of such talented Ukrainian writers as Yuriy Andrukhovych, Lyubko Deresh, Andriy Kurkov and Oksana Zabuzhko are not only successful in Ukraine. These writers’ works have been translated and published in many countries. And that is just the beginning of the integration of the Ukrainian culture into the world cultural space. The ultimate result of the Ukrainian cultural revolution is intended to encourage change in the outlook of Ukrainians themselves regarding the attitude to their nationality, as well as to get the world interested in Ukrainian culture. This acquaintance with Ukrainian culture has already started. 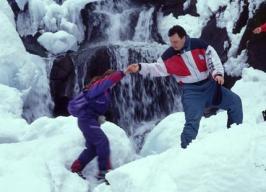