It is interesting that the National technical university of Ukraine "KPI" and Donetsk national university kept the positions from last year, having taken places in the seventh hundred world rating. Despite rigid fight in the world markets, absence of serious capital investments and some problems with infrastructure, to the Ukrainian higher education institutions nevertheless was possible to defend the right to be called as the best world universities.

It is possible to call the results shown by the Kiev national university of Taras Shevchenko in general break. It made an application for the first time on participation in competition, successfully passed audit and at once was included in group of universities 501-550, having become the most rating higher education institutions of the country.

QS World University Rankings rating is recognized the ninth year in a row around the world as the tool of an assessment of quality of education. The first places of a rating occupy Massachusetts Institute of Technology (MIT), and also the Cambridge and Harward universities.

Behind the three of leaders of a rating of QS the University college of London, Oxford, the British Royal college, Yale university, Chicago University, Princeton university and the Californian institute of technology settled down. 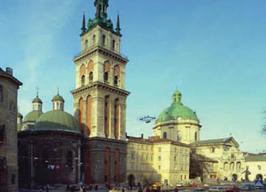