For decades, Ukraine has been enrolling prospective students from foreign countries. Since 1946, Ukraine’s institutions of higher learning have trained approximately 250,000 specialists from more than 160 countries. Hopefuls from numerous countries come to Ukraine for a higher education and this number is growing every year. While there were nearly 20,000 foreigners studying in Ukraine in 2000, this figure more than doubled in 2010, exceeding 44,000. In terms of the number of foreign students, Ukraine is in the world’s top 10. It’s no wonder, since Ukraine has strong research schools, the quality of training meets international standards, and the price remains lower than in most other countries. In addition, the cost of living in Ukrainian cities is quite moderate and Ukrainians are known to be hospitable and tolerant to other nationalities. Traditionally, most students come from Russia, as well as Eastern and Near Eastern countries. However, the geography of regions from which people come to Ukraine to study is much broader, covering 130 countries.

The admission of foreign students to Ukrainian universities and institutes begins in summer and lasts until December. Educational institutions allocate additional seats for foreign students. To be entitled to a contract, a prospective student is required to present a certificate of secondary education obtained in his or her home country. Every year the Ministry of Education and Sciences of Ukraine allocates approximately 1,000 stipends for foreign students entitled to study through financing by the state budget of Ukraine under international treaties signed by Ukraine.

Many universities and institutes that admit foreign students have opened special preparatory departments. The course of study normally takes one year. Such preparatory training is especially interesting for those who want to take an academic program in Russian or Ukrainian but whose command of these languages leaves a lot to be desired. A year is usually enough for a prospective student to master spoken Russian or Ukrainian, including professional terminology, and expand their knowledge in core subjects. Upon completion of the preparatory study course, the prospective student receives a certificate allowing him or her to apply for admission to any educational institution in Ukraine on the basis of an interview and contract. Such a preparatory study course lays the foundation for future successful study and helps the prospective student adapt to the new socio-cultural environment.

The citizens of other countries who have Ukrainian roots are granted the same rights to an education as Ukrainian citizens in such areas as pedagogy, arts, human studies, and journalism. Such applicants may enter a Ukrainian university or institute on general terms, including study on state orders. For this purpose, they need to apply to the Ukrainian cultural center in their home country. Ukrainian citizens with permanent residence abroad are entitled to study in Ukrainian state institutions of higher learning on general terms. 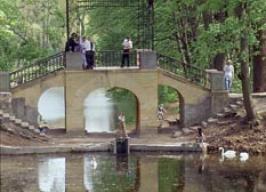