What is the exit visa?

The exit visa is the special document necessary for departure from the country. As a rule, it stands out to the foreigner if it has no other visa valid for this purpose.

Traditionally permission which needs to be received to the foreigner for departure from another's country if during stay in it it lost documents on the basis of which it drove to this country is called as "exit visa" and was in it (for example, the passport with the visa).

Sometimes at a visa-free regime, such permission is not required, and the foreigner can simply leave the country according to the new passport or other document which he received instead of the lost. The certificate on return or its analogs can be such document, for example.

Also "exit" can call the visa which should be received to the foreigner living in another's country for temporary departure for its limits in case permission to accommodation does not grant to it such right by default.

If the foreign student who is trained in educational institution of Ukraine, already received the exit visa, that, according to the law, he / she is obliged to leave the territory of Ukraine within fifteen days after receipt of a visa. If for any reasons its departure is postponed, in relation to it strict measures can be applied. It can be imposing of penalties, detention and even deportation.

The decision on deportation of the foreign citizen in Ukraine is accepted by only special court. In case the foreign student had to leave the country by means of deportation, the next five years entrance on the territory of Ukraine will be forbidden it. Therefore, we insistently advise to foreign students to observe requirements of immigration service. It will help to avoid troubles and unnecessary efforts, and also will allow to concentrate on a main goal – acquisition of perspective specialty. 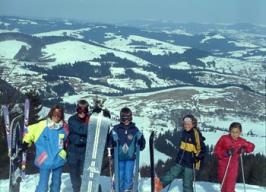