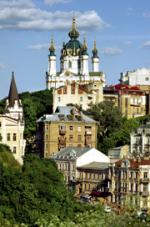 The ancient center of Slavic culture, the Mother of all Old Russian cities, the Majestic, the City of Gardens — these are but a few names attributed to Kyiv. All of them, however, fail to convey the exact meaning of the city nestled nobly on the banks of the Dnipro River.

Legend has it that Prince Kyi, leader of the Poliany Tribe, founded the city together with his brothers and sister. During it’s 1500 year plus existence, Kyiv bore witness to both tumultuous events and splendid days of grandeur including the “salad-days” of boisterous prosperity as it played the unifying center of Christianity in Eastern Europe, contrasted by the dark days of occupation of the Lithuanians and Poles and devastation brought by the invasions of the Mongols and Tatars, as well as the Nazis. Kyiv has always recovered, managing every time to “come back” looking more vibrant and alive than before, led by its people who feel compelled by love and duty to defend their city. This probably explains why the municipal coat-of-arms bears the image of St. Michael the Archangel, a heavenly warrior with a sword of fire in his hands who has come to be regarded as the patron saint of Kyiv since days of old.
It is our pleasure to invite you to come and see for yourself the striking images of the Ukrainian capital, which appears both ancient and young. It is the administrative, cultural, and financial core of Ukraine, represented by over 2.6 million citizens. Today, Kyiv has regained its former glory as one of the most beautiful capitals of Eastern Europe. It will be enchantment “at first site” as you take your first stroll along the chestnut trees lined streets of the old part of the city, feeling as though a time machine has sent you back into the very heart of history. Millennial Orthodox cathedrals, crowned with golden domes and diverse styles of old buildings — all bear imprints of the ancient splendour of the Kyivan Rus, a mighty state of medieval Europe. Monuments once erected by old master builders and now restored and reconstructed anew can be seen reflected in modern high-rise architectural ensembles. Dozens of theaters, art galleries, and museums will invitingly open their doors for you. What you see around yourself is evidence of an unprecedented growth in business and investment and a cultural life in full swing. 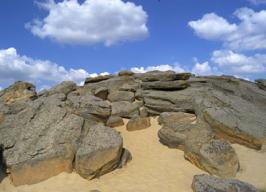