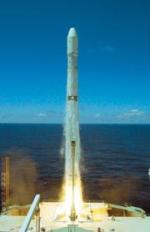 Ukrainian science originated in 10-th to 12-th centuries. The names of scholars of the Kyiv Rus were well known to the medieval Europe. Among them, for instance, was philologist Meletiy Smotrytskiy whose Slovenian Grammar laid the foundation for spelling a great many of Slavic languages. In the 18-th century the Kyiv-Mohyla Academy was a major center of science and scholarship. The universities founded in Kyiv, Kharkiv, Lviv, and Odesa in the 19-th century rapidly won and still retain solid reputations as scientific centers.

A range of inventions made by the Ukrainian scientists have laid a foundation, became a bearing for the development of world science. Among these are such outstanding achievements as the artificial nuclear reaction to split lithium nucleus; production of heavy water, the Europe's first computer; new areas pioneered in metallurgy such as electric metallurgy; development of rockets and spacecraft having no world analogues etc.

After collapse of the USSR, Ukrainian science went through difficult times. Constant lack in financing led to suspending the great many of scientific researches, the material resources to become obsolete, and a 'brain-drain' for a number of reputed scholars have emigrated abroad seeking better conditions for their work.

Nevertheless, to date the situation has much improved. Ukrainian achievements in the field of mathematics, physics, mechanics, information technologies and other scientific trends related to the manufacture of the high-tech science-intensive products are being successfully integrated into the international scientific community. And continue to affect, and often identify the direction for further development of the human civilization.

Next at our site you will find information materials about new achievements and inventions, outstanding personalities of the world science whose life and work were connected with Ukraine. 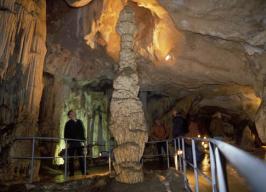