Development and formation of remote education in Ukraine began much later, than in the majority of the countries of Europe and was from the very beginning compelled to overcome such difficulties, as:

• low level of information of society;
• insignificant equipment of educational institutions computer equipment;
• lack of the technique of remote education.

But time goes, and it was not in vain for Ukraine. From the very beginning of the 90th, and then, with declaration of independence, the authorities of the country did the utmost for improvement of level of remote education.

Adoption of law of Ukraine «About the national program of information» in 1998 became the first step. At last the main objectives were allocated and marks on a way of development of worthy level of remote education in Ukraine are designated.

Since then in the country the scientific conferences devoted to a computerization and information of education are regularly carried out. 27 HIGHER EDUCATION INSTITUTIONS of the country signed the memorandum of cooperation, having given to students magnificent possibility to share and receive knowledge irrespective of their site.

In 2000 the national program of distance learning in Ukraine was created, and also the concept of its development is approved.

For years of practice and aspirations the majority of difficulties were easily overcome, and new plans received a push to an embodiment in reality.

Thus, formation of remote education already passed fundamental stages in Ukraine, and already goes to a stability and efficiency point that by all means will affect and quality of the educational services received in a remote mode. 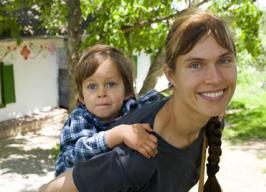