The note in 500 hryvnias is the highest among all face value, on it the well-known Ukrainian philosopher and thinker Grigory Skovoroda is represented. The reduced designation of the Ukrainian hryvnia – UAH. in the Ukrainian and Russian languages, and UAH – in English.

The hryvnia as monetary unit has very ancient history. It used at the time of princes of Kievan Rus'. A long time it was out of use and was restored only some years later after acceptance of independence by Ukraine.

At the time of the USSR in the territory of Ukraine, as well as in all Union, the ruble was money resource. In the first years of independence in the Ukrainian monetary market as national currency kupono-karbovanets (coupons) which very quickly lost the liquidity were used and depreciated.

The principal organ which is responsible for issue (press) of monetary units in Ukraine, the National bank of Ukraine (NBU) is. It also takes part in formation of exchange rate of other countries and adjustment of the corresponding relations with commercial banks.

If it is necessary for you to learn the exact exchange rate operating in Ukraine during this or that period, safely address in NBU. To you will prompt courses of all existing currencies and the price for precious metals in the market of Ukraine.

Having used services of National bank of Ukraine, you can receive answers to all questions concerning national monetary unit (hryvnia), foreign currencies, and also to learn a lot of other information useful to you. Pay attention that exchange rate in banks and exchange offices above the declared course NBU.

Buy foreign currency in Ukraine for hryvnias you can in any bank or exchange office, having at itself the passport. For purchase of the Ukrainian currency the passport is not required. Pay attention that the majority of offices of banks does not work in the days off therefore in Saturday and Sunday to make an exchange it is possible only in exchange offices.

On the basis of NBU there is a convenient Internet site in using on which you also with ease find all information necessary for you: bank.gov.ua 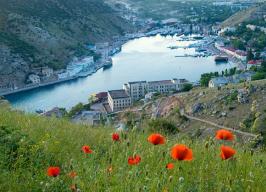